Featured on the preemiebabies101.com by Shelley Colquitt, mother of two daughters, one who spent time in the NICU as a result of a rare disease.


I was excited and scared when we finally got to bring our youngest daughter, Mighty Z, home from the hospital. It had been six long months since she had been born with Congenital Central Hypoventilation Syndrome (CCHS), and during that time she had been trached and vented. Before the hospital would allow us to bring Mighty Z home, they prepared us to care for her and taught us how to troubleshoot problems that might arise. Her doctors and nurses made sure we understood how important it was to keep Mighty Z, a baby who had been intubated and was still trached and vented, away from every contagious “bug” that tried to bite her. RSV, the flu or even the common cold, could result in not just sickness for Mighty Z, but in her death.

Handwashing Is No Joke

As Mighty Z’s primary caretaker, it was up to me to keep her safe in a sneezing, coughing, runny-nose world, and I took that responsibility seriously. After her long-awaited homecoming, everyone who graced my threshold was interrogated as to whether they had a fever, a cough, the sniffles or anything else that might land Mighty Z back in the pediatric intensive care unit (PICU) before being allowed inside our home. Those who gained entry to the foyer were requested (instructed!) to remove their shoes and sanitize their hands before they could go any deeper into the house. Despite my precautions, I knew it was impossible to keep all contagious illnesses away from Mighty Z, and I lived in fear of one illness in particular, RSV.

Educate Yourself About RSV

Though RSV infection can occur in people of all ages, preemies, infants and very young children are particularly susceptible. Older children who are infected with RSV usually have only mild, cold-like symptoms such as a cough, stuffy nose or low-grade fever, while infants under age one are more likely to experience more severe symptoms that result in trouble breathing. A child who has been trached and vented, or even intubated for even as little as one day, has scar tissue from those procedures in the lungs. That scar tissue makes such children especially susceptible to having an ordinary childhood illness become something substantially more catastrophic than it might otherwise.

Outbreaks of RSV begin most often in the fall and run into the spring. The virus is spread through tiny droplets that go into the air when an infected person blows their nose, coughs or sneezes. In general, RSV symptoms usually appear 4 – 6 days after coming in contact with the virus.


Even healthy, full-term babies and toddlers can wind up with a breathing tube and on a respirator due to RSV, and her doctors knew what it could do to a child like Mighty Z, who had scar tissue in her lungs as a result of the respiratory treatments necessary to care for her rare disease.

In order to help keep Mighty Z RSV-free, her doctors prescribed monthly Palivizumab (Synagis®) shots for her between the ages of 6-months and 24-months, after which point her doctors felt she would be “out of the woods” and better able to fight infection. Synagis®, a man-made antibody to RSV, is costly both to obtain and to administer, as it is typically given in the Synagis® clinic at a pulmonologist’s office. In my experience, it costs approximately $1,500 per dose now compared with about $3,000 per dose 10 years ago. Because of the cost, our insurance didn’t want to pay for Mighty Z to get monthly Synagis® vaccinations, and it was only after much arguing that I persuaded our insurance company to pay for the cost of the antibody itself. There was a catch, though, as their agreement to pay for the antibody cost was conditional upon my agreement to administer the vaccinations to Mighty Z myself, instead of taking her into the pulmonologist’s office every month to get shots.

Although giving Mighty Z her monthly Synagis® shot was almost unbearable (giving your own child a shot is even worse than watching someone else do it), I did it anyway. Even though Mighty Z and I both hated the shots, I knew she needed them.


When Mighty Z turned two, I was over the moon! Not only had Mighty Z doubled the one-year life expectancy her doctors had foretold when she was initially diagnosed with CCHS (Yippee!!), but also I would no longer have to give her Synagis® shots (Yay!). Unfortunately, my elation about no longer having to give Mighty Z monthly shots was short-lived, as she became infected with RSV after only a month without shots. Though she had to spend the next two months in the PICU fighting for her life, Mighty Z won her battle. Looking back now, I believe that Mighty Z survived RSV infection at age two because of the precautions undertaken to keep her RSV-free until she was old enough and strong enough to win the fight.

If your child has ever been either intubated or trached and vented for any amount of time, tell your guests with sniffles that you’ll see them later. Require those that make the cut to take off their shoes and wash their hands, and put on your chemist and nurse hats to administer RSV shots if prescribed by your doctor and that’s what it takes to get the cost covered. In short, if your baby has ever been considered medically fragile, sometimes you’ll have to do whatever it takes to increase your child’s chance of beating the bugs.
Sources:

MedImmune – RSV Protection – This website, which is sponsored by the maker of Synagis®, provides information about RSV including who is at risk, how to prevent the virus, and when RSV season occurs.


Shelley Colquitt is the mommy of two beautiful girls, Lauren and Zoe. Her youngest daughter was born at 40 weeks. As they celebrated the success of the labor and delivery, her baby stopped breathing. Later she was diagnosed as having a rare disease that only at the time (11 years ago) 163 babies in the world had. Shelley had to learn to take care of her baby, who had a trach and was on life support machines 24 hours a day. Not only is Shelley busy with her two girls and works very hard to keep her youngest chronic medically-complex child healthy, she also volunteers at a shelter for abused/neglected children and as a teacher’s aid for globally delayed children. Follow her journey at her blog: Confessions of a Sleep Deprived Momma.

Advocacy - Giving Voice to the Voiceless

Helpful Habits For Parents Raising A Child With Special Needs 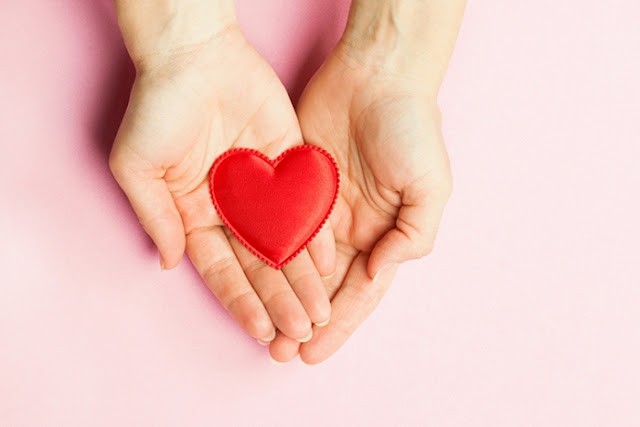 Raising children can be a full-time job. Many parents appear to have it all together, other’s not so much. Habits can create a better routine for behavior which leads to a better grip on the life you and your child lead. Do you have positive and helpful habits when it comes to being a parent of a child with special needs? We give some ideas for helpful habits that will make parenting and helping your child much easier.

Parenting can be hard at some points and you shouldn’t have to face it alone. Maintaining a support system that you can turn to will make you feel less alone on your journey. A support group can provide you with resources to help you and lend a listening ear. A support group of parents who are on your same journey may give you ideas to tackle a problem differently. These support groups can be found in a Facebook community or found offline. A parent should have a support system not only found in a support group but also with friends and family.  Do you maintain friendships? Keeping close friendships can help with your health and overall happiness. Friendships are there to support you, share special moments with and can help you vent when times are hard.  They provide a life outside of the home and can create better connections in your everyday life. We are all busy so you may go periods of not meeting up with your support system. Keep connections alive by taking time to stay connected with a quick phone call, email or text. If you are always the first one to reach out, do not let that stop you.

Do Your Own Homework

Become an expert when it comes to your child’s special needs. Conduct your own research often when it comes to the latest developments and findings. Not only by reading the latest articles online about programs and therapies but by being an investigator in their daily life as well. Keeping tabs on what is happening in your child’s life leads to a better understanding in what you and others can do to help improve it. It can create better discussions on what can be done for your child in school, the local community and to their health. Decrease gaps in parent-teacher relationships by meeting more often with your child’s educational team to have greater knowledge about what your child is learning, areas they need to further develop in and to aid in building stronger ties with your child’s daily environment.

Everyone needs a break from time to time. Make sure you are taking time out for yourself to recharge. Carve a spot out each week for you to do something you enjoy. Are you keeping up with your self-care physically and emotionally? Being a parent can sometimes mean putting your child’s needs before yours. However, you can not be your best when you are running on empty. Physical self-care includes getting enough sleep, eating healthy and receiving regular medical care. You may have a lot of doctor appointments for your child but that doesn’t mean that you should be neglecting your own health. When your health suffers or you become sick, the ability to take care of your child will suffer as well. Emotional self-care includes working on relationships, saying no to extra responsibilities, spending time with individuals, enjoying a hobby and giving yourself quiet time.

Creating a loving and supportive environment will positively impact your children forever. Do you encourage your child or praise them? This will help them develop a healthy and positive attitude and self-image. Gossip about your child so they can overhear. No not the bad gossip, let your child overhear you the next time you tell a grandparent on how well they did with their latest school assignment. When your child talks to you do you listen and provide helpful feedback? Children need to feel safe when confiding in you. So they will feel it is okay to come to you when something is really troubling them. Be sure to take their feelings into consideration when providing feedback. Give them a safe environment free from negative criticism and they will feel more comfortable in opening up to you when things go wrong or a challenge arises. The way you speak to your children provides them with an example on how to treat others and how to treat themselves. Show your children that you care for them even when you disagree with their behavior.

Becoming a parent can change you drastically. Your life and your habits focuses in on a singular purpose, your child. It creates a tighter bond that you ever thought possible. Life with a child can be meaningful, fun and chaotic. However, you should never get too busy to take time out to care for yourself or carve out a spot from your day to make them feel important. Creating helpful habits can improve the bond with your child, a better understanding of their education and a healthier lifestyle for yourself.

Let's talk about the care you need

Schedule a brief call to discuss our care options for your loved one.